As a part of my veteran work I’ve started writing again – initially at the invitation of one of the magazines I’ve known since I was a teenager – High Times – since that first article came out I’ve had a rash of others, and then podcasts so here’s links to them all. 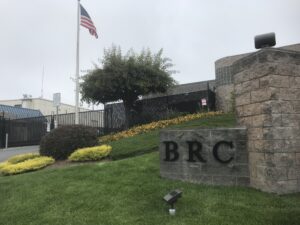 My veteran work leads me in all sorts of odd places, one of which is the world of cannabis research which I was introduced too by a Navy SEAL turned startup CEO that I met on social media, who told me the story of how cannabis research itself has been sabotaged since the beginning of the war on drugs – which is actually leading to a film project soon…

The BIG REORG is a talk-show I began making from home to try to remain sane during the lockdown. My fifth guest was Tom Foremski – owner and publisher of siliconvalleywatcher.com – and he offered me a slot to write a piece about what I’d learned about the BIG REORG since I began filming…

This is the best intro to how veterans came into my life – from my upbringing in the UK to my discovery of the veteran crisis whilst taking citizenship and what drove me to spend all of 2018 – in fact the entirety of my time as a US Citizen – trying to help spread awareness and education about their situation.

Across 2019 I’ve been trying to take an argument to the cannabis industry at large – if you want to make cannabis legal – help veterans grow!

As part of the development of a startup AI/Neuromorphic Computing company I arranged several conference appearances and this article for the CEO whose native tongue was French. The board deemed it wise that a writer create the content on behalf of all C-Level execs so I wrote and placed “The Ongoing Quest for the Brain Chip” based on existing knowledge of the subject (I was in semiconductor publishing for 15+ years) and which appeared on the home-page of TechCrunch.com for 6hrs garnering 1800+ shares and over 10k views in it’s first week despite running during CES 2015 and being unrelated.

I was contacted by Rachel (the host of the cannabis heals me podcast) via twitter and she was such a kind host – it was my first time on a podcast. https://www.cannabishealsme.com/episode/ep-81-matt-grimshaw-vets-grow-cannabis-documentary/

When the host of “the talking hedge” reaches out and says “hi, you’re on camera” you speak up!

Interview with Phil Briggs of CBS’ “Eye on Veterans” who also hosts a podcast for ConnectingVets.com about VETSGROW and the plans for the future.